Debunking the myths around HIV

HIV/AIDS is a very dangerous disease and has been considered a global pandemic by some experts. The World Health Organisation (WHO) uses the term “global epidemic.” The disease has been threatening the existence of human survival for many years in many continents. One might even call this virus the “invisible virus” because its attack technique uses our own weapons against us by infiltrating and taking over our own defence mechanisms and makes it act according to its own will; leaving us vulnerable to other diseases. Some call it the “symptomless virus” because sometimes it does not show any symptoms for years. Therefore, it spreads unknowingly and at a very fast pace throughout the population. Past views included experts calling it “deadly” as when the symptoms began to show, there was only a minor chance of survival for patients.

December 1st – designated as World AIDS Day since 1988 and has been dedicated to raising awareness of the AIDS epidemic. It helps humanity unite against HIV and support those diagnosed with the disease as well as to commemorate the lives that have been lost. Views nowadays state that the awareness raised by the World AIDS Campaign has motivated more people to stand up and fight against the disease. While the past views of the disease have been far from humane, this campaign has helped change opinions on the disease and pave the way to a more educated world.

Princess Diana changed the world’s view on HIV and AIDS with one touch. It was a kind-hearted gesture. Princess Diana’s emotional visits to the HIV patients, fearless and loving reached the hearts of many. A lot of people feared that HIV could be passed from person to person by touch. However, seeing the outstretched, bare hand of a smiling Diana in 1987 was a moment that gave them, and many of the thousands living with HIV, hope.

Diana held and shook the hand of a man dying of HIV.

“HIV does not make people dangerous to know. So you can shake their hand and give them a hug, heaven knows they need it.” 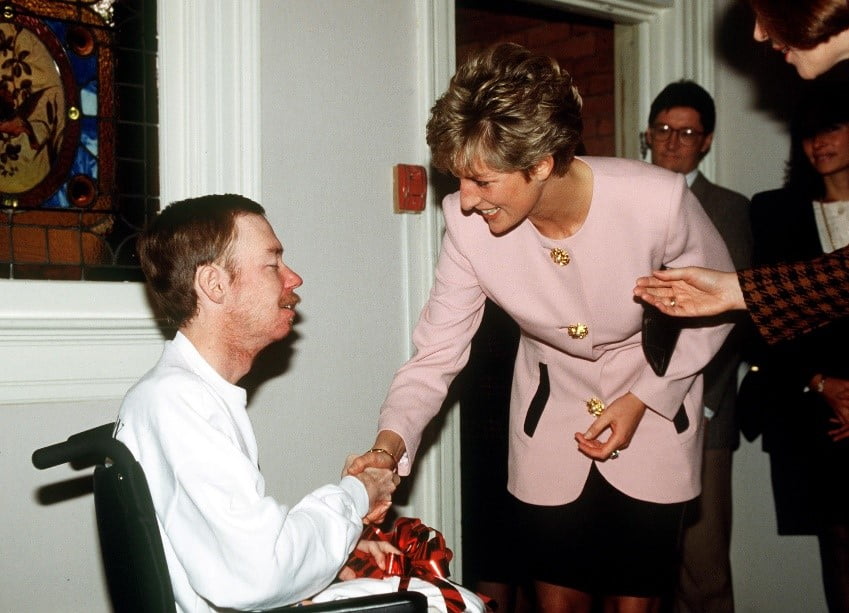