The difference between Hanukkah and Christmas? 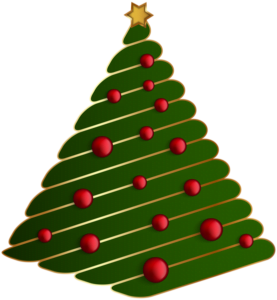 Hanukkah and Christmas are two of the major religious holidays celebrated at the end of the year. Christmas, as most of you know, is on the 25th of December while Hanukkah, depending on the Jewish calendar, falls on a date in November. Both days are important for Christians and Jews respectively as it is a day for sharing, caring, spending time with family, preparing delicious foods and getting or giving amazing gifts.

Christmas is an annual festival which commemorates the birth of Jesus Christ, it is celebrated by billions of people from all over the globe. The first time Christmas was celebrated was on December 25th in the year 336, during the rule of the Roman Emperor, Constatine. Many beings are associated with Christmas, the most famous of all would be Father Christmas, popularly known as Santa Claus. He is said to bring gifts and sweets to good children on Christmas Eve and either giving nothing or coal to naughty children. A well-known feature of Christmas is the Christmas tree, usually an evergreen conifer or a tree of similar appearance (can be artificial), this is a tradition of Northern European origin. Christmas is generally a time of peace and family.

Hanukkah, on the other hand, is a festival that lasts for eight nights to commemorate how long the holy light burned. It is widely known as the Festival of Lights. To celebrate, Hanukkah songs are sung, the game of dreidel is played and many foods such as latkes and sufganiyot are eaten. One of the most unique features of Hanukkah is the way in which it is observed, the lighting of the candles of a menorah, a candelabrum with nine branches. A few Psalms are also recited, alms are given, and a special hymn is sung.

Both festivals promote peace, love and more despite Hanukkah being a Jewish celebration and Christmas being a Christian celebration. Although both festivals have their differences, they each bring people together. It is a time of unification and love. Wishing you a Merry Christmas and a Happy Hanukkah! 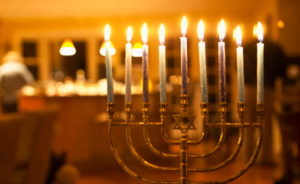