A Cup of Joe

To boost our spirits... 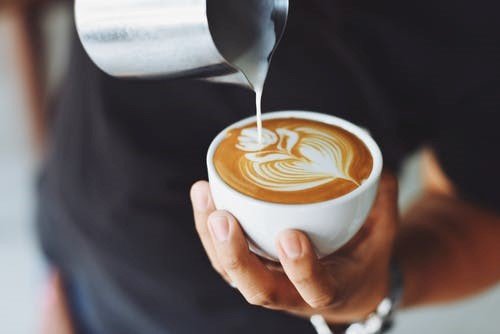 Coffee, a drink you may say, but I say it’s something more than that! The way coffee has influenced our life has changed drastically over the years. It has such an impact on our lives, there is even a specific date dedicated to coffee, October 1st which is International Coffee Day. It all began in the African nation of Ethiopia, where the coffee bean was discovered by a Kaldi goat farmer. As time passed, coffee touched the lips of many nations. Creating the high variety of coffee, we enjoy today. From espresso to macchiato from hot to cold. Therefore, in the name of International Coffee Day, let’s dive into the world of coffee and its aspects.

It is an understatement to say coffee is important to society nowadays. Centuries ago coffee was used in rituals/ceremonies and was consumed on the basis of religious reasons. Fast forward to today, coffee has become an important part of societal norms. It is the symbol of first dates, morning routines, late nights, staff meetings, and possible addictions. Furthermore, it has been a great medium for conversations, all types of it! From group projects, bonding sessions to so much more, the beverage of coffee has opened its warm arms to all occasions. In addition, in terms of pop culture, the word aesthetic refers to the overall style of someone or something and in recent days, consumption of coffee by an individual has been closely associated with their so-called “aesthetic”. It is this perception of coffee that has resulted in a significant increase in the number of coffee drinkers.

Have you ever wondered why so many people are such loyal coffee drinkers? This is because drinking coffee has countless biological and mental benefits, including acting as a mood booster. It is recorded to fight against depression, reduce the likelihood of memory-affecting diseases such as Parkinson’s and Alzheimer’s. it also aids in increasing metabolism and the flushing of toxins. In terms of mental benefits, it increases concentration, mental sharpness and provides extra energy. Not to mention, it’s a great partner when it comes to dancing as coffee boosts your physical performance.

Why is it that coffee drinkers keep returning to the same cup every morning? This is because coffee contains the stimulant of caffeine, which causes mild dependency on the fluid. However, just like how every coin has two sides, there are drawbacks to drinking coffee such as increased risk of heart attacks and high blood pressure. It can cause disruption to sleeping patterns, leading to further attacks of anxiety, fatigue, and drowsiness. Furthermore, too much coffee can give an overload of energy, resulting in an incapability to stay still and focus. To sum this all up, there are negatives to drinking coffee and there are also benefits. It is ultimately up to personal preference and the quantity consumed. Everything looks good within limits.

Coffee has been a subject of constant change over the years. It has provided people with warmth, happiness, and energy. As we celebrate International Coffee Day let’s remember to fill up our mugs and gather around friends and family to have a “cup of joe”.