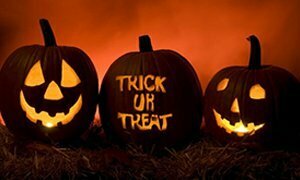 The month of October means many things to us. For some, it’s a time of work, stress, and difficulty. For others, it’s a time of togetherness and family. However, I’m sure none of us remember October for any of these reasons. For all of us, October is the month of Halloween. A time of trick or treating, scary movies and expensive candies. Halloween is an iconic time of year, maybe thanks to all the media that uses it as a premise. However, the origins and conception of our modern Halloween have more history behind them than most assume.

The tradition of Halloween began during the time of the ancient Celts, in the areas we now call Ireland, France and the United Kingdom. Halloween day marked the end of the summer and its harvest and was often associated with human death. The Celts believed that on the night before the new year, the line between the living and death became blurry, which probably inspired our modern-day ghost stories taking place on Halloween. On the night of October 31st, the Celts celebrated Samhain, where it was believed the dead returned to Earth. Bonfires were lit, where people burned crops and animals as sacrificed and people gathered round to try and tell each other’s fortunes. After the Celts were conquered by the Romans, the tradition flowed from colony to colony, until it reached America, where it rose in popularity until it exploded into the feat it is known as today.

The formation of the holiday sounds simple enough. However, one must ask, where did the monsters come from? Though there isn’t a concrete answer, one can assume the idea of ghosts returning from the dead to haunt the living sparked this idea of monsters arriving on Halloween. Many of the common monsters we know, and love came from 17th and 18th century superstitions. For example, vampires originated in the 18th century based on the belief that children suffering from physical disabilities would rise from the dead as a vampire and drain the life of all those who wronged them. Zombies were also created based on these traditional beliefs. In 17th century Haiti, the French transported many slaves and mistreated them. According to the stories, many of the slaves would die by suicide in hopes of escaping the prison and returning to their home in Africa through the afterlife. However, instead of escaping, the prisoners realized they were trapped in their dead body, essentially becoming “undead”. Many other monsters were derived from stories and legends like this, but none were very much iconic till their big screen debuts.

The first major horror film success was the film “Dr Jekyll and Mr. Hyde” in 1913. The film was produced by Universal Studios and although it didn’t provide anything new or substantial, it did provide enough money for Universal Studios to finance another horror flick. “The Hunchback of Notre Dame” was the second major success in the soon to be established horror genre. Although the film is more drama than horror, the horror elements in the film were done exceptionally well, well enough to further propel the industry to create better films. Soon, Universal Studios began expanding their monster library with movies such as “Frankenstein” and “Dracula”, allowing the characters to become household names. Thanks to the success of these movies and the capitalizing of the properties during Halloween, Universal studios made money and icons, all in the same 10 years.

Halloween can’t really be traced to one specific origin. Many coincidences lined up to produce this grand result. One could call it luck; another could call it fate. However, I’m sure we all are glad that this time of year exists. Many tragedies affected many people to create the legends we know and associate with Halloween, and in a way, through this time of year, we honour and respect those who contributed to this incredible month.