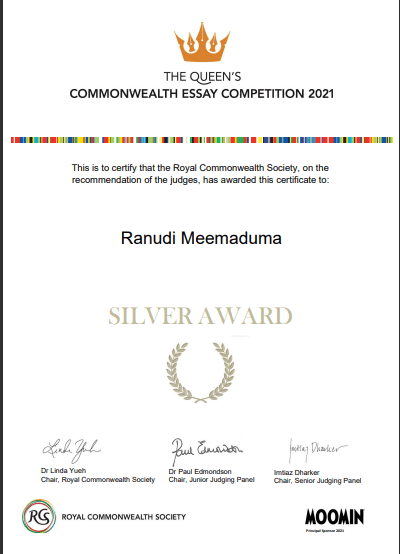 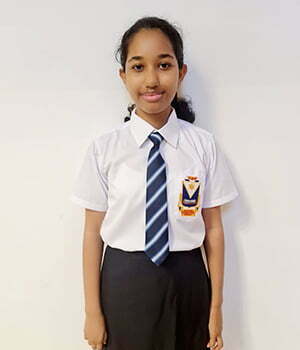 Ranudi Meemaduma, a student of Stafford International school just scored silver at the Queens commonwealth essay competition! Her essay on how the pandemic affected the people and their ways of life 30 years after it ceased was quite inspiring. When asked about the main message she wanted to convey through her essay, she said “you have to move on from what happened and focus on the bright future instead since you can’t dwell on the past forever”, wise words indeed. According to our silver medallist, she didn’t really think of winning when she wrote the essay so she was on cloud nine when she heard that she got silver.  It’s no surprise that one of the goals of such a great writer would be to co-author a book with one of her friends. It’s also no surprise that she is an avid reader as she has read multiple fantasy series such as the well-known “Percy Jackson” series by Rick Riordan and “The Infernal Devices” by Cassandra Clare, both of which transport the reader to lovable, probably non liveable fantasy worlds.