The Saraswathi pooja, a festival of immense importance celebrated by Tamil and Hindu individuals, is celebrated yearly at Stafford and allows students to showcase their talents in speaking and performing while also strengthening their connection with their faith. The fact that Stafford is closed did not deter us. Instead, it gave us the opportunity to make this event an even more enjoyable one.

The ceremony was conducted on the 22nd of October through Zoom and kicked off at 3pm with an introduction to the program and welcoming of the dignitaries by the Masters of Ceremonies Radesh Zureshkumar and Tharamrika Ashok Kumar.

The program was a beautifully planned and rehearsed event consisting of speeches, dances and songs to enlighten viewers on the importance of the Goddesses the pooja was devoted to and honour them.

Arushnaa Vishnukanth enlightened the audience on the three goddesses, celebrated and introduced the ceremony after which Thinagar Chandrasekaran performed the rituals for the pooja.

The welcome dance to the song “Kai Veenaiyai” was performed by Adithri Vishnukanth. Anisha Shanmugamani and Suven Seoras spoke about the three Goddesses Durga, Lakshmi and Saraswathi after which Amaya Perera executed a breathtaking dance to the song “Udarawee”, bringing out the emotion of the two lovers in an enchanting manner. Vishalika Kuruparan gave a speech on the Goddess Durga and Thirineth Sutharshan played a song on his guitar. Thuvaharan Sukumar spoke about the Goddess Lakshmi which was followed by Kaishoriy and Sintthuriy Bahlendran performing a duet of the song “Alleghe Alleghe”. Mahishali Ganeshamoorthy spoke about the Goddess Saraswathi and Phrashika Denesh Kanna performed a dance. 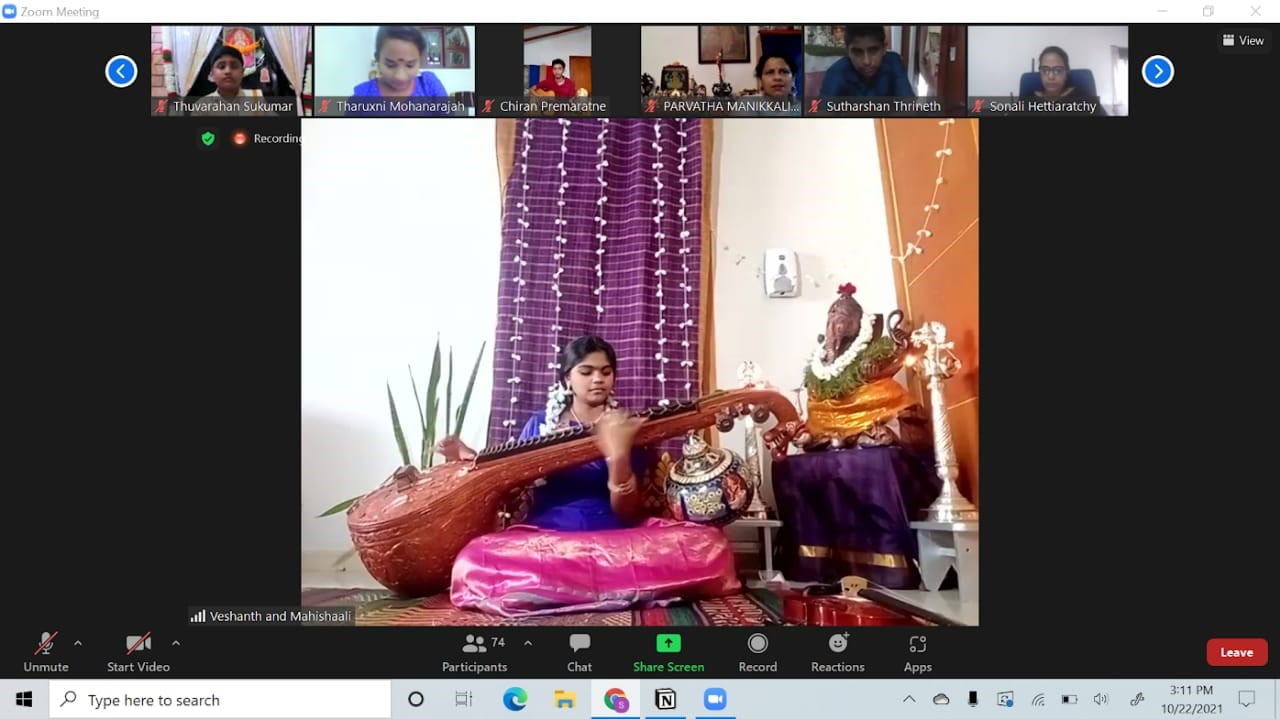 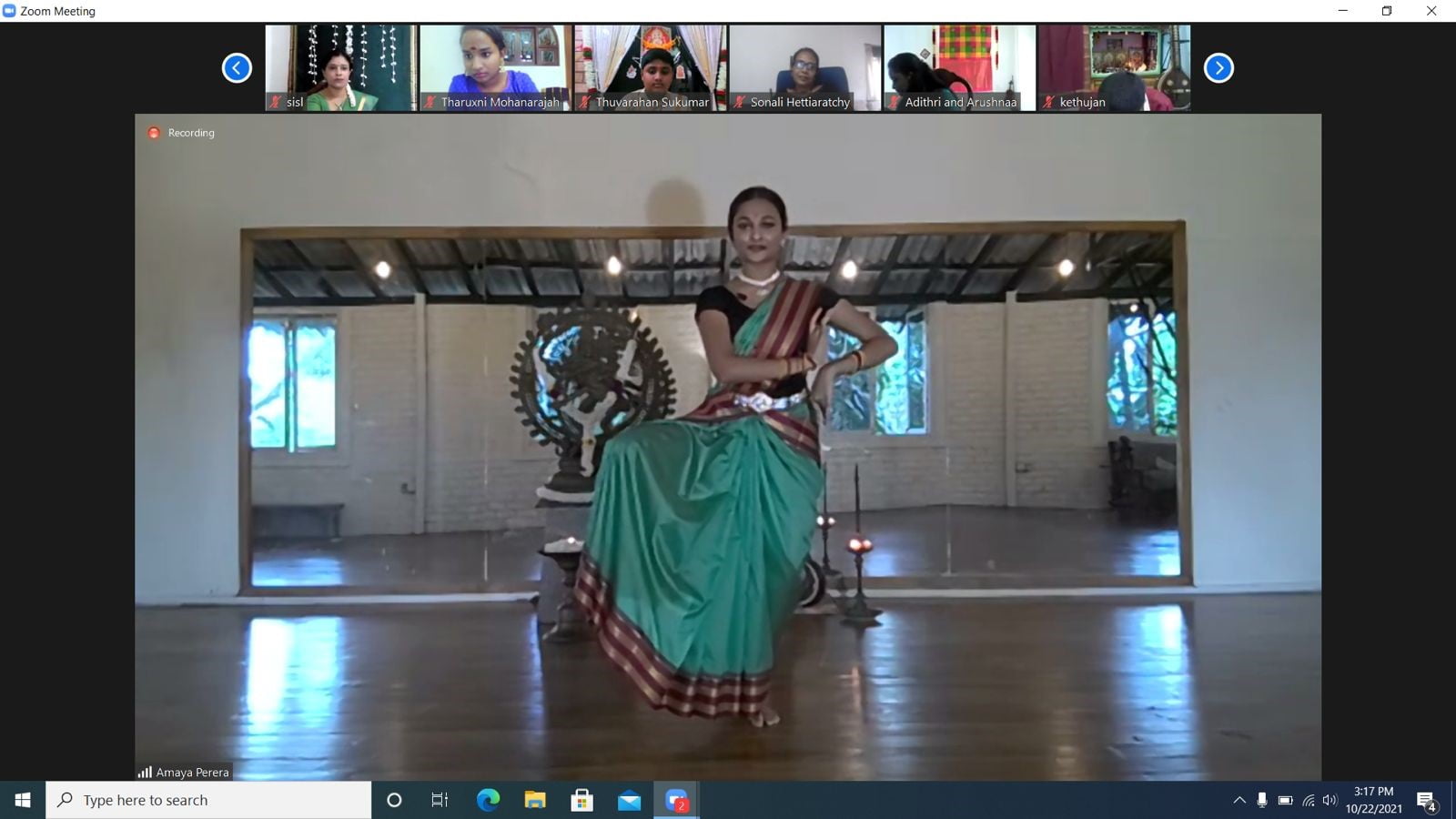 Yashan Perera, Kashia Dias, Harshada Siriwardena, Nadinsa Perera, Vishalika Kuruparan and Prashan Mathavan presented an impressive rendition of the song “Manike Mage Hithe”, skillfully edited by Chiran Premaratne. Viknesh performed the song “Vijayathasami” right before Chiran sang “Mukulata Vaake” which told the heartwarming story of a boy who honors his mother and tells her that no matter how old he becomes; he will always treasure her comfort. Tharuxni Mohanrajah then performed a lovely dance.

The event ended with Mr. Simon Northcott expressing his satisfaction and pleasure at viewing this event. There is no doubt that the event was a success: the wholehearted efforts of Ms. Nilani Pathmanayana, Ms. Paru Manikkalingam, and all the performers in the weeks before the event paid off, and everyone’s hard work produced the splendid results evident at the celebration.