The Journey of a Journalist

On the 28th October 2021, the members of the Media Club of Stafford partook in an interactive online workshop conducted two highly-experienced award-winning journalists, Uditha Jayasinghe and Marianne David, where attendees were able to gain knowledge and tips on the art of journalism as well as voice any inquiries. This workshop was graciously organised by the Ex-committee of the Media Club and encouraged the interest of many who dream of pursuing a career in media.

Both Jayasinghe and David shared their experiences in journalism which included reporting some of Sri Lanka’s more drastic times such as the War, Easter bombings and the tsunami of 2004.

“The workshop was a very insightful experience. Besides answering crucial questions and navigating us through the key points of the process of writing an article, we were told about the humane aspect of it. How to write with integrity and honesty and to report with understanding and respect. Moreover, we understood the role of journalism in a global sphere and what it would mean to pursue it professionally. It was in total a successful event, very educational and I hope more events as such happen in the future,” said Amaya Perera, a member of the club and the department of print.

The attendees were introduced to the life of a journalist which, while intimidating and even downright dangerous at times, opens the eyes of the writers and exposes them to the truth of the world and its events. The students were told that one of the key aspects needed in order to become a writer is to care. The best way to write an excellent article is to put a person at the centre of it. Writers need to go the extra mile and break down why people feel the way they feel in order to balance the narrative. Journalism is about capturing the essence and archiving the memories of humanity. 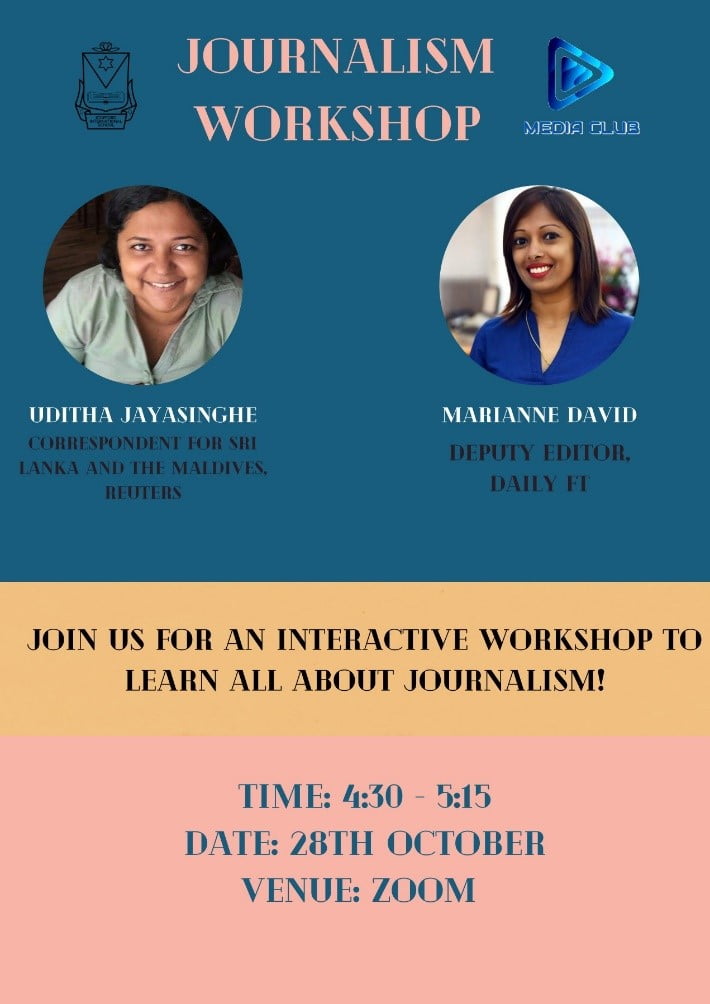