World in Words- A Ted-Ed event

World in Words, a TED talk event organized by Stafford International School’s very own TED Ed club on the theme of “The Essence of a Changing World” took place on November 6th 2021. It consisted of a few talks from representatives of different clubs, two performances and a panel discussion with special guests.

The event kicked off at 4pm with a welcome speech given by the president of the club, Ramudhi de Silva and was followed by the first TED Talk which Siyath Anandasiri from the Drama Club presented. TED Talks from representatives of Stafford International School’s English Literary Association, Culture and Gavel clubs as well as the International Awareness Society followed, with each speaker bringing a new perspective and view of life to the audience. Two great performances were also included; one amazing magic show from Santosh Mathavan and an angelic song from Amaya Perera, each wonderful in its own right, captivating the audience during the breaks.

After this, a panel discussion with two special guests on the topic of education was presented. For this, the moderator, Ramudhi de Silva initiated a discussion with Mr. Suvin Wettimuny and Mr. Shanil Jayasekara on innovative and new ways to approach education and educating kids during the digital age. It was a truly insightful discussion with different views and approaches.

The World in Words event was horribly fun and I enjoyed it immensely, as did everyone who joined to watch our students shine. The event was a total success! 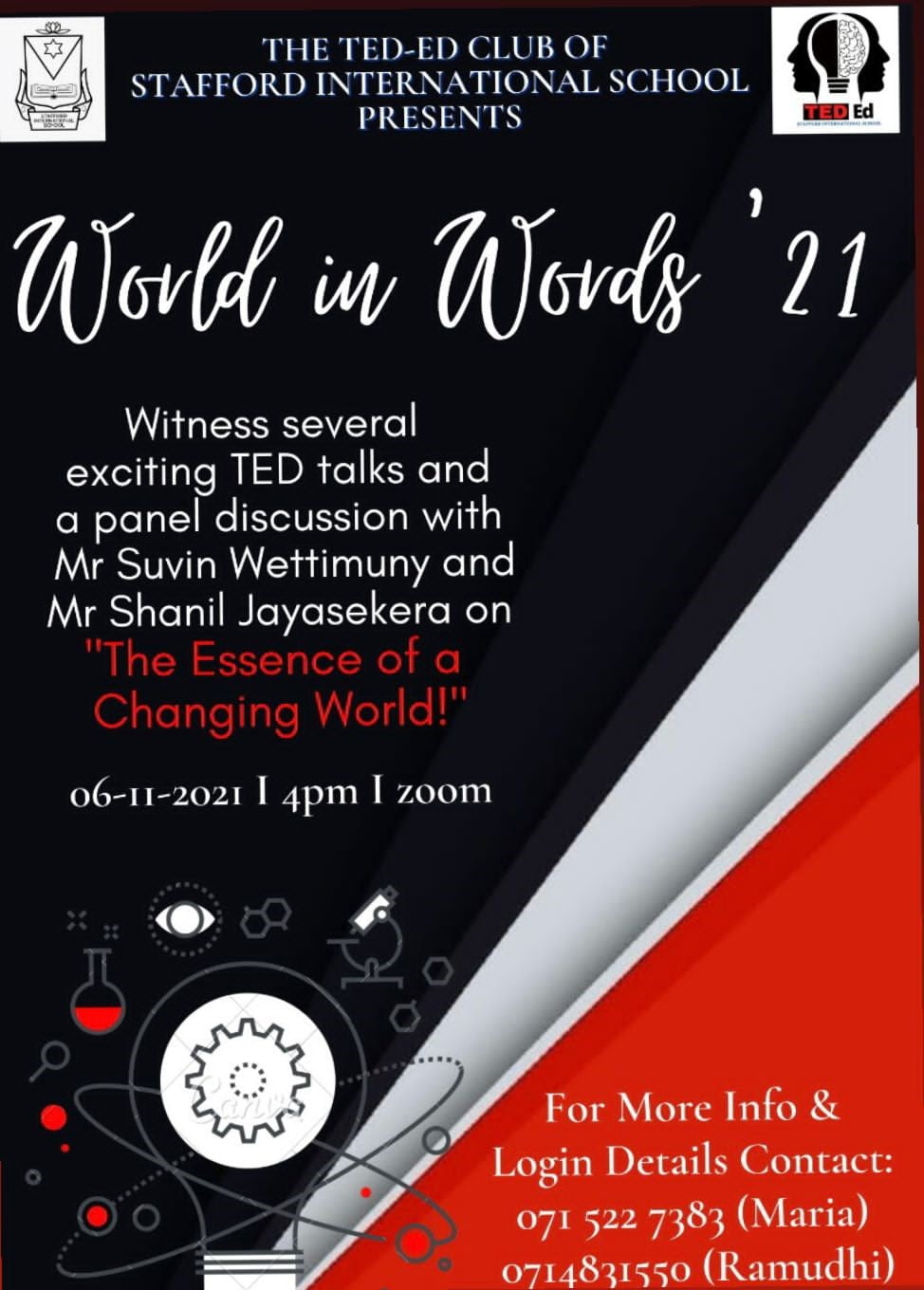