“Hey sport. Wake up. The sun’s out. It’s beautiful outside. “Every day, this was what Leah would wake up to. Her dad’s voice. Telling her that today was going to be different. But parents are like that aren’t they? They want what’s best for their kid.

“Okay okay I’m up. This isn’t your office. It’s my room. Now get out please. Gotta get ready, remember?”

“Yeah. Sorry honey.” Her father smirks and bolts out the door.

Usually, this would be the part of the story where the mandatory narcissistic montage music plays. You know, the music that makes us forget how utterly unrealistic movies are? Yeah, well this story’s different. This protagonist is different.

After getting ready for yet another day at school, Leah trots downstairs, her hair still not fully tame. Passing the unlit kitchen, she reaches for the front door and twists the handle.

“Hey young lady. Where do you think you’re going?” a slivery voice crept up behind her.  “I’ve just finished making breakfast. It’s your favourite. Bacon and eggs. And I even made it into a smiley face. Just the way you like it.”

“Mum. I’m not 5 anymore. Im 16. I don’t need breakfast.” she scoffs, walking out. She stops though. In her tracks. Only to say one last thing before getting on her bike and racing off.

“I wouldn’t expect you to understand.”

Cycling off into the horizon, Leah ponders on her parents. Curious things she thought of them as. No matter what she did, they always supported her.

“Oh no,” she squeals, losing her footing on the pedal and crashing into the bicycle coming opposite to her.

“Watch out!” the rider shouts. Too late. They both hit each other and topple down, head first.

“Hey, what was that?” jolts the rider, beginning to lift herself up from on top of Leah. “Were you dreaming or something?”

Leah, who couldn’t see clearly finally looked up. The girl was tall. Blonde too. Strawberry blonde. With now-messy curls dangling all the way down to her shoulders.

“You…what? And why aren’t you wearing a helmet? Are you crazy? Wait. Don’t answer that.” the girl said, brushing off the dirt and debris from her navy blue trousers.

“Oh um, I forgot to wear one today.” Shoot. Lie number one.

“Oh. Makes sense. Need help getting up?” the girl smirked.

“Are you sure? You look kind of in pain actually.” the girl replied, reaching her hand out to Leah “Hold on, is that blood?”

“Nope. Not blood. Just um-make-up? You know how it goes.” Make-up? You don’t even like make-up. Lie number three.

“Right.” her receiver says, checking to see if her hair was still intact.

“I’m Leah.” I’m Leah?? What is this, Boy meets World?? You don’t know her. She’s a stranger. She could literally cut your head off right now.

“Oh. Nice to meet you. Is this how you make new friends? Crashing into them on your bike? ” she jokes, picking up both the bikes and handing Leah hers. “Hey, I actually have a spare helmet. Want it? You could return it to me later. By the looks of it you’re also on your way to school? Or do you just look super young for a 20 year old?” she laughs.

“Yeah. I’m going to school. Brandbury High. The school on Tapioc Street.” Did you seriously just give your school to a random stranger? What happened to the whole serial killer analogy??

“OMG. I’m going there too. First day actually. Crazy idea but…would you wanna go together or something?”

“Yeah sure. Would love to” Yup. Riding to school with a total stranger. Solid plan.

After a total of five minutes of riding, they arrive. Finally. An old and battered-up school. With a barbed wire fence making the entire thing seem something straight out of Matilda.

“So this is Brandbury High? It’s a lot more…sinister than I’d expected. Dad said it’d be big. And it sure is big. A little on the old side too, eh?” the loquacious girl says.

As you can see, my daring reader, Leah wasn’t exactly the social kind. She was more of a goes-to-a-party-because-she-was-forced-by-her-parents-but-just-locks-herself-in-a-room-and-reads-some-fanfiction kind of girl.

“Well, Lee. Can I call you Lee by the way? Or is that too much? I mean Leah’s fine but like Lee sounds cooler y’know? Something staight out of a John Hughes movie. Wait I’m rambling again aren’t I?” she laughs, parking her bike out in front and taking her helmet off.

She wondered if she should point to her where the school office was. Probably didn’t need to. The girl seemed smart. So she’d most likely already know where the sc-

“So..um are you going to show me where the school office is? Or should I make a wild guess?” her rejoinder says.

“Oh. It’s over there.” Leah points, bewildered. Was this girl psychic or something?

After parking her bike, Leah walks into school. Just like she did every single day for the past 12 years. Except this time, something was different. She was smiling. She never smiled. At least never at school. I mean after her doctor told her what her diagnosis was she never really made eye contact with anyone. And after everyone at school heard about it, things got a whole lot worse.

You’d think that when a teacher tells the class not to pick on a kid because their doctor said something was mentally wrong with them they’d go easy on the kid, right? Wrong. Kids messed with her all the time. Picked on her. Called her names. But she never really minded.

The bell finally rings. Class B4. Biology. Great. Frog intestines. Just what she needed to start her day. She walks into class and sits down at her desk, staring out into the emptiness of the classroom.

“OMG. How crazy is this? We’re in the same class” a voice shrieked from behind her. She recognized it instantly.

“Hey can I sit next to you? I don’t really know anyone else here.” the strawberry-blonde girl grinned.

No one had ever asked Leah if they could sit next to her before. Especially after she was practically labeled the school freak. But she of course, obliged. Well sort of. She gave her receiver a faint nod.

And to everyone’s surprise. So did Leah. They started engaging in even more conversation and Leah could practically feel everyone in class staring at them. Laughing. “Freak” she heard them say. “What is she even doing?” another screeched. Laughing at her. Even the teacher looked at her funny. Funnier than usual. She didn’t know what was happening. They were probably surprised that The Freak-Of-All-Freaks Leah Lancaster had a friend. Pathetic.

“Hey don’t mind them. They’re probably just jealous or something” her friend said, oddly enough. Leah was confused. How did this girl know what I was thinking of? Again? “Whatever.” she thought. “I’m probably just overthinking again.” she said to herself.

“Jealous? Of me? I highly doubt that.” Leah smirked.

Lunch was a breeze. Kids were laughing at her. No surprise. But her talk with the new girl made it all the better. Oddly, the two girls were in every single class together. But Leah didn’t mind. She liked her new friend. Wow. Feels weird to say. Friend. She hadn’t had one of those in a while. They even rode home together. Talking.

“So, how was your first day?” Lea awkwardly teased, swiftly maneuvering her bike past a stranded pebble in the middle of the street.

“Pretty good. And making a new friend made it all the better.”

Leah finally reached her home. Yet, she didn’t want to go in. She wanted to spend the rest of the day with her new companion. But this isn’t some fairytale where our heroine lives her happily ever after…She says goodbye to her compatriot, who rode off into the distance.

“Hey hun. How was school?” a voice appeared, from behind the front door.”Who were you talking to?”

“Great, actually. I met a friend. A new girl. She’s really nice.” our protagonist replied, giving her mum a swift peck on the cheek. “Hey mum. Can you buy me a helmet?”

“Thanks mom. Love you.” Leah runs upstairs and hops into bed.

“Hey hun. What was her name?” Her mum’s voice was quavering more than usual.

“Oh. She’s the new girl. Blonde. Her name is…um. Oh. I don’t think I asked her. Whatever. I’ll ask her tomorrow.” Leah said, confused as to how within those 6 or 7 hours she failed to ask her for her name.

Her mum, whose face suddenly went cold just walked back out and scurried downstairs. “Hey Dan. Come home please. Leah-mergency.” she whispered into her phone, hoping her daughter wouldn’t hear.

‘Evening, Madam. I’m sorry but it’s awfully late right now. I’m not at the clinic. Anything wrong?” the voice at the end of the phone replied. 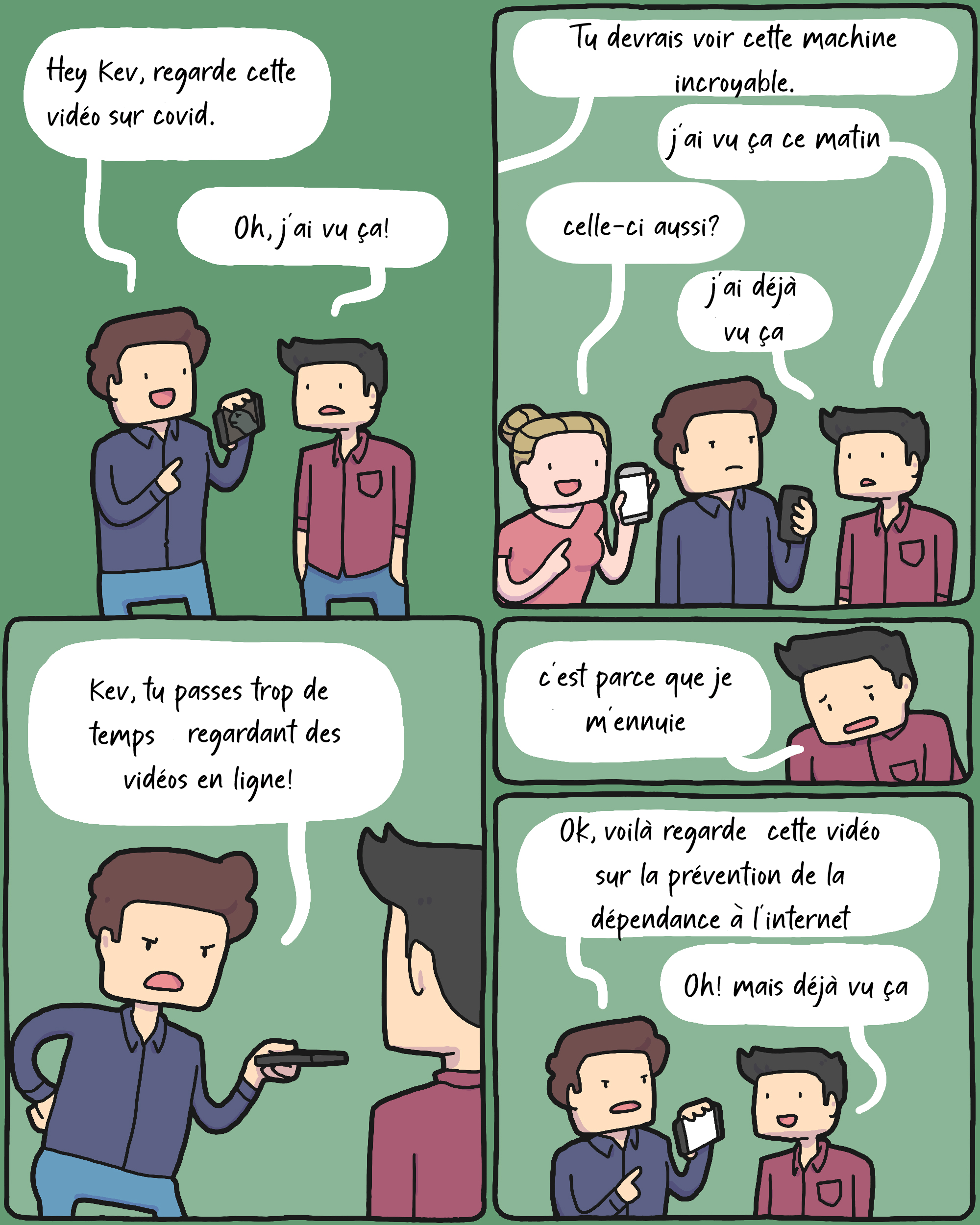 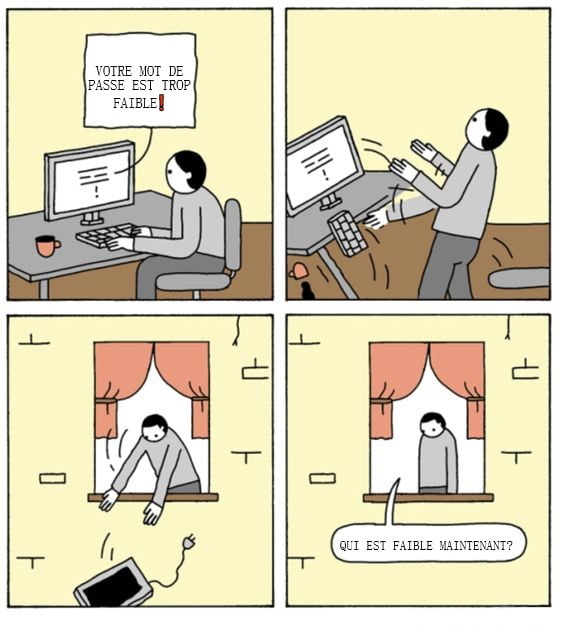 Picture this. You wake up. Do a full-on contortionist-style stretch. And before even getting out of bed, you reach for your phone and start scrolling. And you continue scrolling until you realize, “Oh wait. Online class is in 5 minutes.” Most teens I know do this every single day. And to them, it’s basically become a part of their routine. They can’t even go an hour without checking up on Instagram or Snapchat. And to me, that’s slightly concerning.

As a teenager, I feel like a lot of my childhood has been forcefully taken away from me by none other than our good friend, technology. I can’t even count the hours I’ve completely wasted, aimlessly refreshing my feed, going through my Explore page, or rewatching my own stories. This is not what we should be doing. We should be going outside. Doing homework. We should be enjoying our childhoods. Yet it seems like technology always gets the longer end of the stick, and we, the short.

How many times have you started studying and then thought “Yep. I’ve studied enough. Time to watch a YouTube video till 8:30.” But then the inevitable happens and it’s 8:36. Then you think “Oh well. It’s too late now. Might as well start at 9:00”. Then these few minutes turn into hours and hours turn into days. Days of you wasting your time.

I know dozens and dozens of young teenagers that spend at least 12 hours a day on social media. Yes. That’s right. 12. And if they didn’t know better they’d know that they’re addicted. We all are.

Not to sound like one of those cliche adults that begin their hour-long lectures with “Back in my day…” but come on, pull yourself together teens! We could be living our best lives right now! We could be living in the moment instead of scrolling away at some mangas. We could be finishing those 17 missing assignments! Learning a different language! Finding our hobbies!  Yet all we’re doing is parking ourselves on our couches and going through our “for you” pages.

And to the people screaming right now saying “Oh but electronics and such help keep us sane.” yes, I agree. It does keep us sane. I’m not saying demolish all technology and go back to the stone age. I’m saying take a break. Seriously, as a teen who also spends too much time on the internet, I know it’s exhausting. I know it’s tiring.

Technology is good. It’s nice having access to literally everything at the tips of your fingers. But it’s also nice living in the moment. Forgetting about our socials. And physically talking to people without leaving them on read. So don’t forget. Enjoy it. Enjoy life. Enjoy your childhoods.