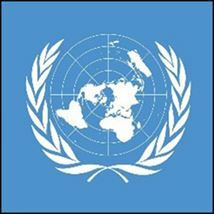 The Model United Nations Society of Stafford International School excelled at MCMUN, the first online conference the school attended this academic year. In spite of COVID-19, Musaeus College organised a two-day online conference with five committees: General Assembly 3, the World Health Assembly, the Economic and Social Council, UN Women, and the Security Council. Diren Gunasekara and Aqeel Fouzi of SIS chaired WHA and ECOSOC respectively. Stafford’s list of awards at said conference include an Honorary Mention won by Agbo Pethiyagoda at GA3, a Higher Commendation won by Christian Fernando at WHA, and the Best Novice Delegate Award won by Trisheni Wijeratne at ECOSOC. The novice-friendly format of the conference also enabled many novice delegates of Stafford to attend and broaden their knowledge of real-world issues.

Many other conferences have been cancelled, owing to the immense challenges of conducting an online conference. However, conferences like Sri Lanka Model United Nations [SLMUN] are upcoming, in which club president Humaid Saleem will be chairing the Human Rights Council. 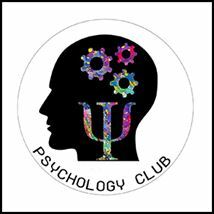 The Psychology Club aims to expand people’s knowledge in psychology, promote it as a general subject of interest among Staffordians and contribute towards breaking the stigma surrounding mental health in Sri Lanka.

The first-ever project of the club took place in December 2019, where members of the club planned and attended a Christmas party at the Colombo Centre for Special Education. Different games were planned and gifts were distributed.

The COVID-19 pandemic then became a pressing issue in March 2020, and so the projects of the 2020/2021 academic year were restricted. If not for the pandemic, the club did have plans for bake sales, mental health workshops, and exhibitions.

However, due to the situation, plans were changed and the first project of 2020 was an online workshop on the 23rd of December on how to cope with issues that arose with the pandemic – especially during the Christmas season. During the workshop, members of the board spoke about issues such as the lack of physical contact with friends and family, lack of physical school, extra data usage during the lockdown, the sense of lack of control, and possible solutions for these issues. This project was open for all Staffordians to attend. The slides of the presentation used during the workshop are on the Psychology Club’s Instagram account.

During the first two weeks of July 2021, two projects were initiated. For the first, the board members conducted research on 5 mental health disorders that are prevalent in students and teenagers; these include depression, generalized anxiety disorder, substance abuse, eating disorders, and ADHD. Via a poster campaign that was shared on the Psychology Club’s Instagram account, followers were informed about these disorders with reference to exact definitions, signs, and statistics of the disorders. Additionally, it indicated the steps that should be followed if signs are visible. The main purpose of this campaign was to spread awareness as well as to show individuals that they are not alone and thus encourage them to seek help.

Finally, the future projects of the Psychology Club include mental health exhibitions conducted by the club members, live discussions with professionals and/or positive influencers in the field of mental health, more poster campaigns, and fundraisers for mental health organizations in Sri Lanka. The current board was unable to carry out these projects due to unfortunate circumstances, and therefore we sincerely hope that the new board elected for the new academic year will be able to carry out these projects successfully. 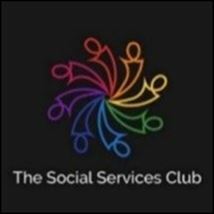 The academic year 2020-2021 was definitely a tricky one for the Social Services Club. However, it was certainly worth it! It had its moments where we were able to make significant changes in peoples’ lives, which is what kept our heads held high when the going got tough. Needless to say, due to the current global situation that led to endless lockdowns, we were put into a powerless position as a club, unable to help the society when it needed it the most. But even through these stringent times, we are happy to say we were able to conclude a whole of two projects, that we believe made quite a notable impact.

Our first project had a leading intention to put an end to any fatigue or stress that our fellow Staffordians may have been facing from being confined to their homes for a consequential period of time ensued by the pandemic. As the newly appointed board for the year, in October 2020, we hosted an Online Halloween Costume Contest. We had six categories for the participants to choose from – Make Up Looks, Marvel/DC characters, Your Favorite Book characters, Cartoon characters, Your Role Model, and Netflix TV Show/Movie characters. We were taken aback by how creative and clever our submissions were. Six of our very own teachers who participated as judges also described how difficult and conflicting it was to choose from all the remarkable entries. With much consideration, we placed 3 gifted winners for each category. With great help from our Teacher in Charge, Ms. Nirodha Thilakaratne, Ms. Michelle Herft, and the Media Club with announcing our winners, we steadily concluded the colorful event within a couple of days. We can safely say the Online Halloween Costume Contest was a much-needed break from reality that all of us enjoyed organizing!

Our second and final project for the year was a rather meaningful and profound one. Although planned and executed very last minute, it will certainly be an accomplishment that will be remembered and cherished for a long time. On March 2021, the board of the Social Services Club alone, made a donation with a total of LKR 155,150 to the Salvation Army Elderly Home located in Rajagiriya. The establishment had expressed the inescapable difficulties they had to face resulting from the lack of adult diapers they had in stock which added to their hardships caused by COVID-19. Immediately we recognized the situation was in need of instantaneous and urgent attention, so we decided to take matters into our own hands. With the help of our close family and friends, we accumulated the aforementioned amount and made an in-person donation. The authority-figure of the Salvation Army Elderly Home was kind enough to permit a tour of the Home. Seeing the faces of the occupants truly humbled us and opened our eyes to the importance of being charitable and altruistic for those who genuinely need it. Along with the adult diapers worth of LKR 62,650, we were able to provide funding for the servicing of 3 washing machines with LKR 12,000, and the rest of the LKR 80,500 were given as a cash donation.

On a final note, on behalf of the board, I would like to thank our Teacher in Charge, Ms. Nirodha for being our pillar of strength throughout our tenure and also the ones before us. She provided us with the best guidance and advice during our trials and tribulations and never failed to make sure we understood and learnt from our mistakes. We will sincerely miss working under your supervision and love Miss, thank you for everything!

Our past year may not have been as eventful as had planned initially, however, we’re delighted to have had achieved what we did even with the cards that we were dealt throughout the year, and we wouldn’t have it any other way. We are positive that the coming years of Social Services Club will be momentous and outstanding. With our heart and actions in the right place, Social Services Club will continue to act as Stafford’s bridge between the needy and the needed…for the happiness of others.

The TED-Ed club is a club which, working under the internationally recognized organization “TED” aims to ignite and celebrate the exchange of ideas and knowledge within its members and spread these ideas via well-crafted speeches around the world.

The club’s mission is to enable students to obtain the confidence to spread their own thoughts on a renowned platform, as well as to encourage and cultivate an appreciation of public speaking and its ideals among its members.

The club and its members truly believe that a single idea has the power to bring about many changes. As Victor Hugo says, “nothing is as powerful as an idea whose time has come.”

Having been formed earlier this year in July, the club is already preparing to conduct training sessions for its members which will be necessary for them to become official TedX speakers and host a TED-Ed student talk program. TED-Ed also has its hands full when it comes to hosting and conducting fun events for its members this term and urges all students who are interested to join this extraordinary club.

If a single idea can change the world, wouldn’t you want it to be yours?