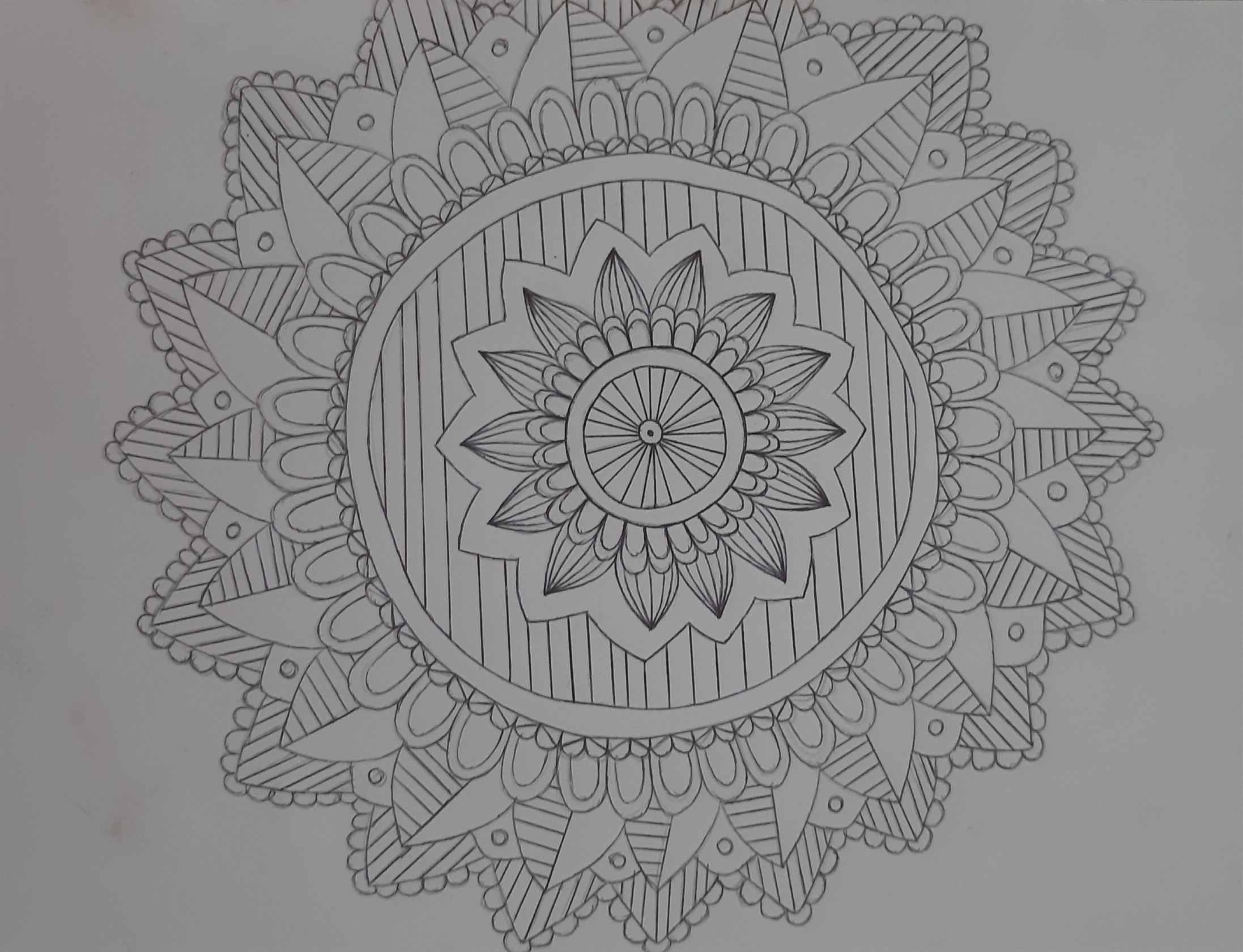 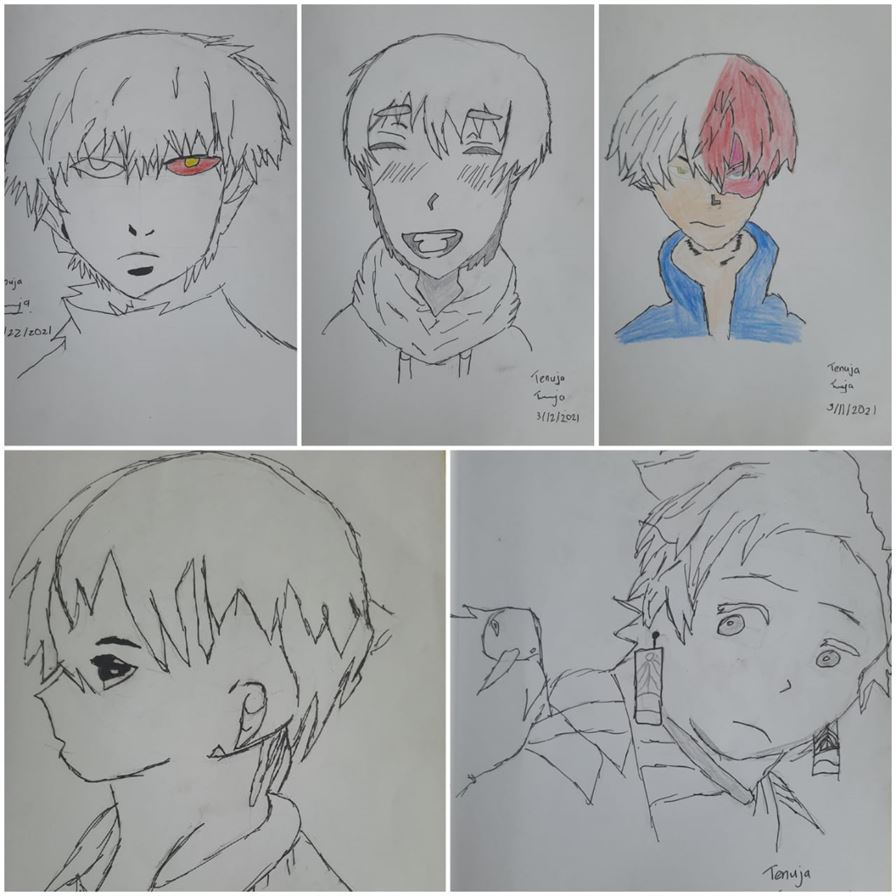 Cold but warm… silent but disturbed, Niall sat in the corner of his shabby and overdue flat living his most tender and vulnerable years of his life trying to bring his family comfort, starring at the rain asking God why this happened to him

He made sacrifices that sealed his fate forever. It was Friday 9:00 pm, right-side alleyway of St Sam’s Street Niall stood waiting, the smell of trash filled the air as a dull white colored van pulled up slowly in front of the alleyway blocking the lamp post’s light from the scene.

The door slid open and a dark figure appeared with only very small details visible including his gang tattoo and the red bag he held which he tossed and landed on the floor in front of him. From his jacket Niall reached for the well rapped parcel which had the delivery details on it and threw it at the man. Raising the duffle bag, he opened it to see tons and tons of bank notes but, something wasn’t right, in all his three years of business he hadn’t seen one note that was like this. He looked up and saw the man ready with his loaded Mac-10 for firing.

One tenth of a second was all he had to decide, fight or flight and it was just then he took his pistol from his jeans and pulled the trigger of his revolver and instantly the mysterious man was dead. A bald gentleman in a suit and tie stepped out of the van and kicked the dead weight of the other dealer that was now on the floor.

“You did good kid, he was of no use to me” exclaimed the descent man. “I’m Mikhael Faustin and how would you like your job with a higher income son?” he gestured. Startled by offer, Niall silently nodded his head.

Just like that, the days swept by swiftly as Niall advanced in his status under the wing of Mikhael the drug kingpin, learning to run a business and handle stock. Eventually, Michael went through a tragic passing due to a seizure leaving the vast numbers of mafia networks in Niall’s possession.

“Sir your shipment is ready to transport and the Madrazo Cartel is placing an order for 20kilos of Coke” stated Ashton, Niall’s shipment manger. Fumes of smoke shined to the light of the chandelier and filled the luxurious room. Niall put out his cigarette on his gold ash-tray and continued think how he became the boy who dropped out of college, looking for way to support his family, to one most feared, international and filthy rich drug-lords, Niall Lopez… 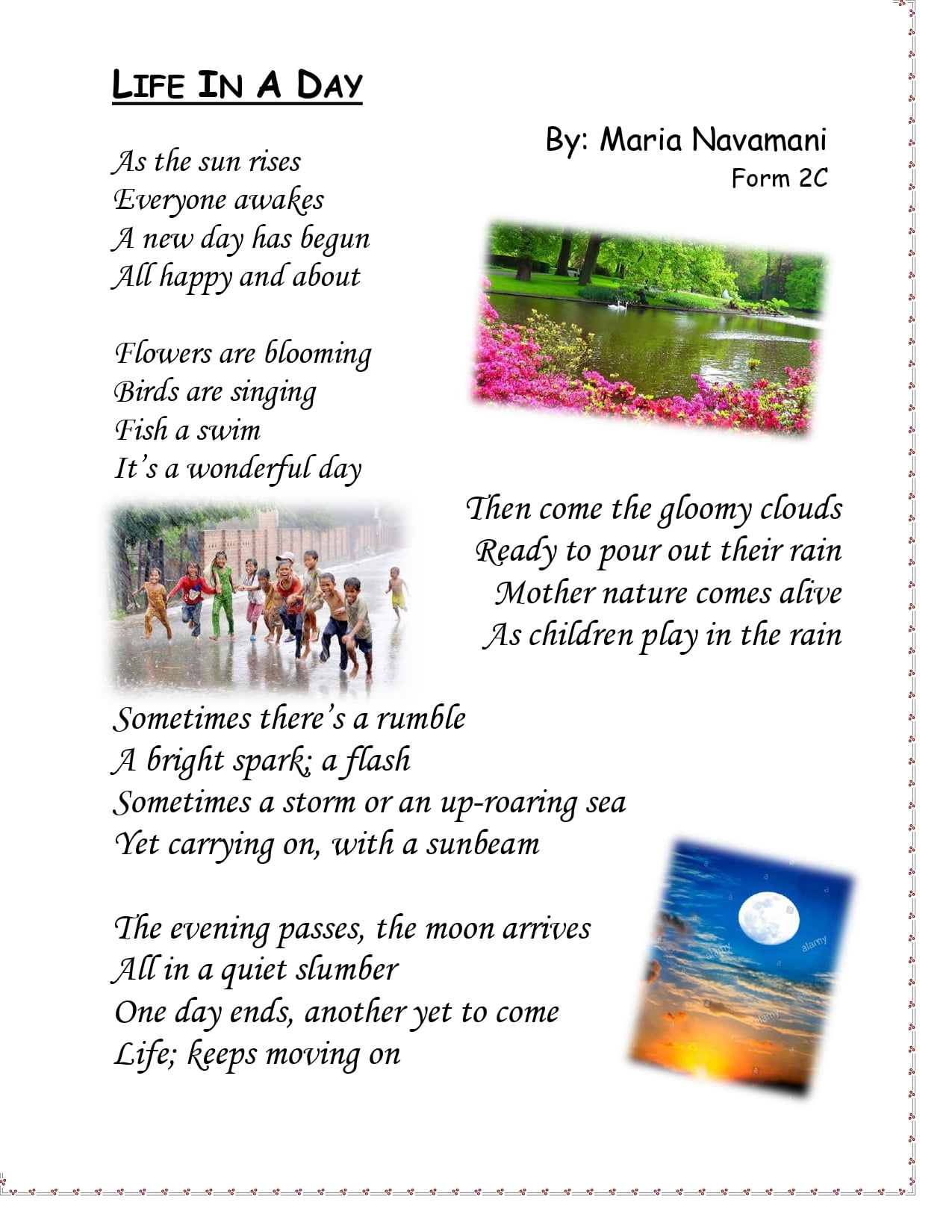 Tottha Baba And the Two Thieves

It was a nice sunny day outside and Ms. Kanchana was cleaning her house, sweeping, dusting, mopping, and scrubbing away the dust on the floors when she heard a knock on the door. It was a nice Teak door and Kanchana was an extraordinarily rich woman living in a magnificent house. She always wore heavy gold jewelry along with a heavily decorated house. Ms. Kanchana ran up to the door and opened it.

“Who is this? What do you want?” She asked as she opened the door.

Three men with large smiles started back at her though the door, “Oh, we didn’t mean to trouble you, ma’am, we just wanted to tell you about our new product! I have with me an incredible soap which would make you smell wonderful, give you bright skin, and even make your hair grow twice as fast!” Thottha baba, a man wearing a neat outfit and shiny black hair said. He seemed to be the leader of the group.

“Praise the Lord! Really! I’ve been wanting such a product for so long!” Ms. Kanchana squealed with excitement, extending her hand to get her soap.

The men gave a sly smile to each other. “Here madam, this soap will make you smell like Madonna within a week!” A shorter man from the group, Podi baba said, giving Kanchana the soap. Ms. Kanchan a not knowing the dangers of the soap smells it and faints on the spot.

“Maha baba, Podi baba, follow me! Shhh! Be silent and watch your step!” Thottha baba whispered. The three men and started to explore the house, stealing everything that seemed to hold some value. As they were stealing, something seemed to catch Maha baba’s nose, he went closer to the kitchen and found a nice pot of rice, Maha baba instantly starts gobbling down the food like a greedy little rat.

“Tottha baba, have you seen Maha baba?” Podi baba asked. Tottha baba gave him a nod and they both began searching for Maha baba. Podi baba and Thottha baba get extremely afraid as they are unable to find Maha baba. They search everywhere until Podi baba finds him in the kitchen.

“Look! The greedy gut seems to be polishing the pot!” Podi baba exclaimed, his palm on his forehead.

“What? I just got a bit hungry after all the hard work. We should probably break into this house every day so I can have this tasty food!” Maha baba said, smiling sheepishly and patting his tummy.

“Hey, I need to try some of this too!” Podi baba said, extending his hand towards the pot.

Thottha baba immediately hit Maha baba and Podi baba on the head, “Guys! There’s! Kanchana will be awake any moment!”

All the babas escape. Ms. Kanchana wakes up and runs out of the house screaming as she realized she had been robbed. She makes her way to the palace and rushes to meet the King.

“Oh, my Highness! Oh, my Highness! Someone has broken into my house. They gave me this so – ap… I smelled it and don’t remember anything after that. I awoke to find many of my belongings stolen!” She exclaimed, shivering.

The King, a large man with a giant gold crown and purple robe said, “Oh! Hand me the soap, Kanchana, let me have a look at it!” The King looked at the soap curiously and took a sniff. The King immediately fell unconscious! Mahasona, the guard, who wore a shiny suit of armor immediately came running in.

“Kanchana! What have you done to your King?” Mahasona screamed.

“I – I don’t know, he just took that soap and fainted!” Ms. Kanchana blurted out.

Mahasona immediately ran out and came with a cup of water. He sprinkled a little bit of the water on the King’s face and the King woke up with a sudden jerk. He took a while to realize what was happening and immediately sat up straight.

“What happened! Who gave you this soap? How dare they harm my people and myself!” The King shouted as he stamped his leg angrily.

Ms. Kanchana described the three babas and the king ordered Mahasona to find them immediately.

Meanwhile, the three babas were on their way to their hiding spot, a cave in the jungle with a magic entrance.

“KanKung…. BonChiii…. KaraPinchaaa….” Thottha baba said. The doorway began to open to the password. The babas attempted to store their day’s loot but were unaware that Mahasona had just found them and was watching from a distance.

“You thieves! By the order of the King, I hereby arrest you! Follow me to the palace!” Mahasona commander, running towards the cave with his sarong up, and spear in hand. The strong Mahasona captured the man and dragged on the streets, the village’s people shaming them as they went. Mahasona swiftly takes the thieves to the King’s chamber where he is ordered to leave the thieves with him.

“You thieves! How dare you cheat me and my people with this soap!” The King said, waving thee soap in the air.

“No, your majesty, we will never do something like that! Kanchana is playing a trick on you, we can prove it! Here, smell this soap, your majesty.” Thottha baba offered, with a smile of confidence on his face.

The King curiously took the soap and smelled it; he had fainted again! As the King fainted once more, the babas escaped once again, stealing royal horses on their way. Mahasona ran out, chasing them with his sword. The royal guards wake the king once more, “Catch them! Catch them, I say!” The King commanded. The Royal Guard agreed and ran behind Mahasona, even the king, who never left his throne got on his horse and chased them with a spear.

Maha baba and Podi baba were soon caught by the guards, but Thottha baba was still determined to escape, even if it meant leaving his own brothers behind. Mahasona threw a rock at his head. Thottha baba had fallen off his horse, the King galloped towards him and stabbed him in the chest with his own spear. Thottha baba let out a final cry of pain and was no more.